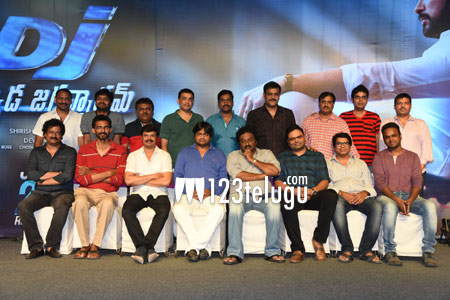 The trailer launch event of Duvvada Jagannadham that took place last night was a trip down memory lane for all the 14 directors who had directed films on Dil Raju’s banner, Sri Venkateswara Creations. the directors, apart from launching the trailer together, remembered their association with the producer.

Duvvada Jagannadham is the 25th film produced by Dil Raju. The movie, directed by Harish Shankar and starring Allu Arjun and Pooja Hegde, is slated to hit the screens on June 23.