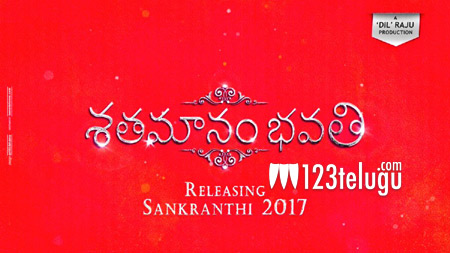 Sharwanand’s Shatamanam Bhavati has been in the news for quite some time now. The latest news is that the shooting of this film has been wrapped up completely and the post production works have begun now.

The teaser of the film has already been a huge hit thanks to some cool visuals. Produced by BVSN Prasad, this film is set to release in Sankranthi 2017 along with Khaidi No 150 and Gautami Putra Satakarni.

Anupama Parameswaran is cast as the female lead opposite emerging superstar Sharwanand.