Divyansha Kaushik on board for Sundeep Kishan’s next
Published on Dec 18, 2021 4:00 pm IST 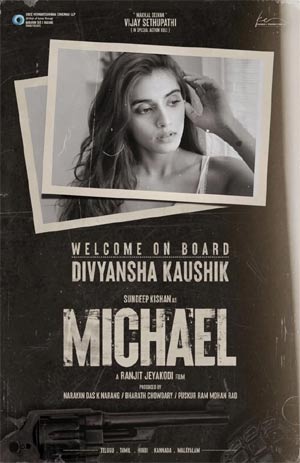 Divyansha Kaushik who made superhit debut with Majili and is presently starring in Ravi Teja’s Ramarao On Duty is finalized to play the heroine in the movie.

Ranjit Jeyakodi is directing this Pan India film to be released in Telugu, Tamil, Kannada, Malayalam, and Hindi languages.

Being made on a grand scale, Michael is a joint production venture of Bharath Chowdary and Puskur Ram Mohan Rao. Narayan Das K Narang is the presenter.