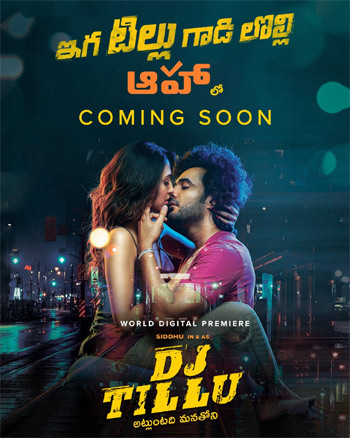 DJ Tillu, featuring Siddhu Jonnalagadda in the titular role hit the big screens on the 12th of February and it registered excellent theatrical revenues.

The latest update is that DJ Tillu is gearing up for its OTT premieres. The film will apparently be arriving on Aha Video on the 10th of March.

If that is the case, DJ Tillu will be arriving on OTT 4 weeks post its theatrical release, which is more of a standard procedure these days.

DJ Tillu is directed by Vimal Krishna and it is billed to be a proper comedy entertainer with a new-age plot. The film had Neha Shetty in the female lead role.