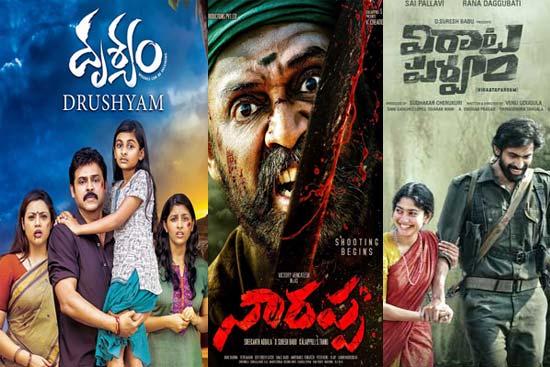 If reports are to be believed, there mainstream Telugu biggies Drushyam 2, Narappa and Virata Parvam are heading for direct to digital release.

Suresh Productions who are associated with these three projects opined that releasing them directly on OTT platforms would be a profitable move.

Also, a direct OTT release would eliminate all the hassle surrounding theatrical release, given the fact that multiple Telugu biggies are lining up for release and finding the right release window is a really tough job. With this in mind, the makers of these three projects are apparently sizing up the OTT release proposal.

Official announcements regarding the same are awaited though.