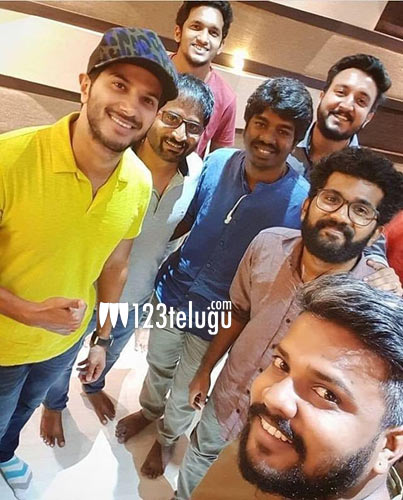 Mollywood and Tollywood hearthrobs, Vijay Deverakonda and Dulquer Salmaan, had first collaborated for Mahanati, where Dulquer played a lead role and Vijay was seen in a cameo. Now, both the young stars will be part of Vijay’s upcoming film, Dear Comrade.

As per the latest updates, Dulquer Salmaan has crooned a song in Dear Comrade’s Malayalam version. The any was recorded yesterday and it is said to have come out quite well. Apart from possessing incredible acting skills, Dulquer is also a good singer. He had earlier sung a few hit songs in his movies such as ABCD, CIA and Charlie.

Dear Comrade, also starring Rashmika Mandanna as the female lead, is being directed by debutant Bharath Kamma and produced under Mythri Movie Makers and Big Ben Productions banners. Justin Prabhakaran has scored the film’s soundtrack that’s been receiving accolades from all quarters.