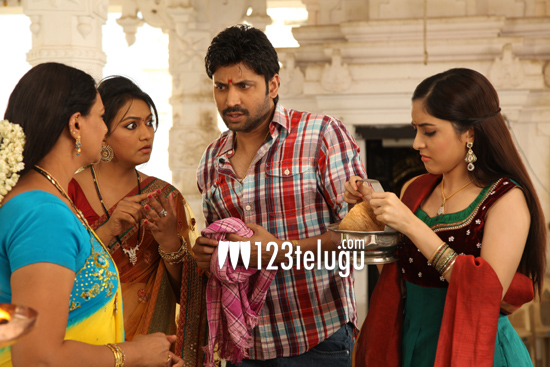 The audio launch of Sumanth, Pinky Savika starrer Emo Gurram Egarvacchu is going to be held in a grand way on December 10 in Bangkok. This is the first time that the audio launch of a Telugu film is being held in Bangkok. Pinky Savika, the lead actress, is a popular TV actress in Thailand and a lot of scenes in the film were shot in exotic locales of Thailand, thanks to the support of the tourism ministry.

Chandra Siddhartha has directed the film and this is his second film with Sumanth post Madhumasam. “We are all quite excited about the film. Kanchi had written the script and when we asked him, he gave us the script immediately. The film revolves around a modern young woman and a villager, played by Sumanth. The post-production is going on in full swing,” Chandra Siddhartha said.

The film is gearing up for release later this month. Poodhota Sudheer Kumar has produced the film under Cherry Films Pvt Ltd. M M Keeravani has scored the music.