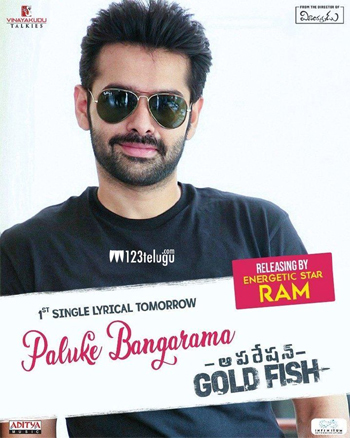 Operation Gold Fish is a film which has caught the attention of many. The film is being promoted on a good note and the latest we hear is that the first song of the film will be launched by hero Ram.

Sai Kiran Adavi directs this film which has been made on a tight budget. The film has an army backdrop and is a realistic war drama which has Aadi Sai Kumar as an Army man.

Sricharan Pakala is the film’s music composer and the news is that he has given a terrific BGM for the film.