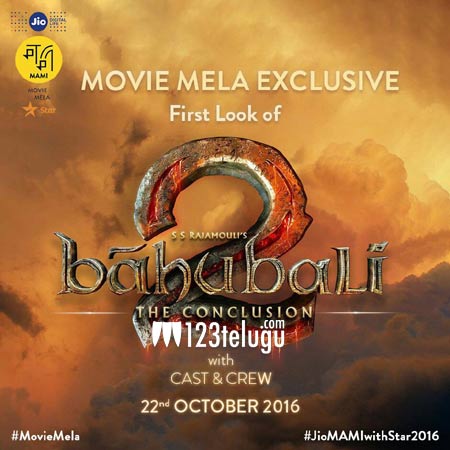 Today will be one of the most memorable days in the history of Indian films as the first look of India’s biggest film till date, Bahubali 2 will be released in Mumbai.

The entire team has reached Mumbai and the ongoing MAMI film festival will be the arena for this grand launch. The first look of the film along with the virtual reality experience will be released by the team.

This news has not excited only Tollywood but the entire country who is crazy about Baahubali are eagerly awaiting this moment. Directed by S S Rajamouli, this film is up for a release on April 28th 2017.