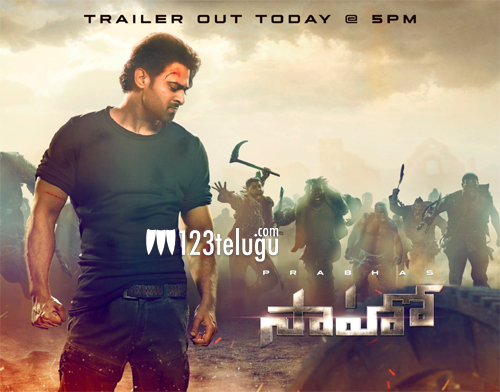 For the last couple of years, fans of star hero Prabhas have been eagerly waiting for Saaho’s release. While the movie is hitting theaters on August 30, the theatrical trailer will be unveiled in four languages this evening at 5 pm.

Following the Baahubali theatrical trailer sentiment, Saaho’s makers are going to first screen their film’s trailer at 18 select cinemas across Andhra Pradesh and Telangana. Needless to say, fans’ excitement knows no limits at the moment and they are raring to throng the theaters to catch the trailer. The trailer will also be available on the internet immediately after the theatrical screening this evening.