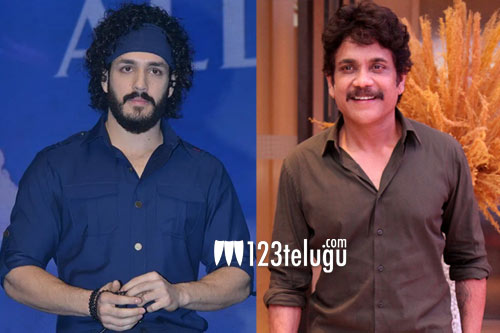 Young hero Akhil is quite relieved with the much-needed success of Most Eligible Bachelor. The film has collected a share of over Rs 22 crore so far. With renewed energy, Akhil will be shooting for his upcoming spy thriller, Agent, soon after he wraps up Most Eligible Bachelor’s promotions.

Meanwhile, the latest buzz in Tollywood circles is sure to leave all the Akkineni fans thrilled. The buzz has it that Akhil will be seen in a special cameo in Nagarjuna’s ongoing action thriller, The Ghost. Apparently, the film’s director Praveen Sattaru has penned a special role for Akhil and the Akkineni lad was now than happy to join the project. However, we will have to wait until the makers confirm this buzz and make it official.