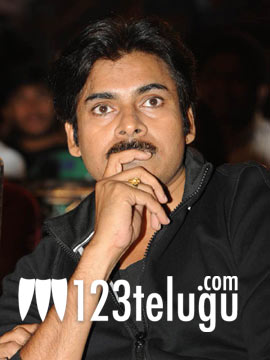 Some reports have been circulating that there will be no audio function of Power Star Pawan Kalyan’s upcoming film ‘Cameraman Ganga tho Rambabu’. Intrigued by this, we decided to dig a little deeper into the matter and we were humbled by what we came to know. Pawan Kalyan has always been known as a man with a golden heart and he has proved that again. Wondering what is the connection? Read on.

We have been told that Pawan Kalyan did not want any audio function for the event. There were unbelievably huge crowds for the audio functions of ‘Gabbar Singh’ and ‘Panjaa’ and many fans were left out of the venues after coming with great hopes. And to control the huge crowds, Police forces had to resort to lathi charge outside the venues as well. Pawan was distressed by all this.

“Audio functions are for fans. If fans cannot enjoy them and if they have to face blows from people, there is no point in doing such functions. I don’t want my fans to suffer”, is what Pawan is believed to have said to his associates. There you have it folks. Power Star Pawan’s golden heart is the reason behind no audio function.