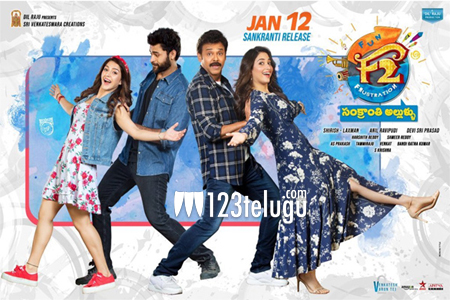 F2 is truly a mega-blockbuster as the film has made more than double the profit of the film. The manner in which it pleased the audience is an eye opener for many.

The film has now crossed the 78 crore mark and will surely hit the figure of 80 crores by this weekend. With the pre-release business of the film estimated at just over 30 crores, the manner in which the film has performed has brought out Dil Raju out of his losses which he faced with his previous films.

With these collections, the film has become the eight biggest hit in TFI and all this has been possible only because of director Anil Ravipudi.