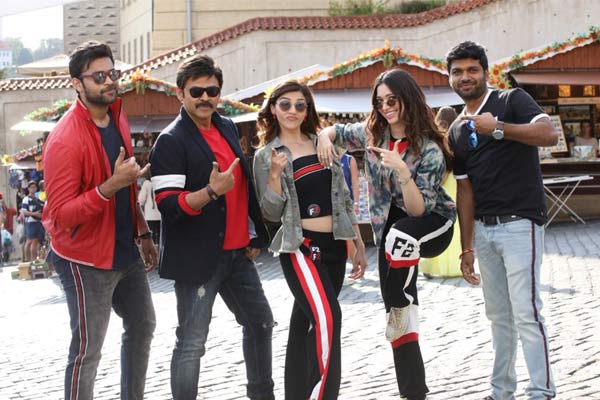 Sometime back, we had reported that the shooting of F2 will happen in Thailand. The latest we hear is that the shoot is on in full swing as the team have already canned a song there.

The entire team celebrated Dussera in Thailand and even sent wishes to everyone. Venkatesh and Varun Tej will be seen as the main lead in this film which is a hilarious comedy directed by Anil Ravipudi.

Tamanna and Mehrene play female leads in this film which will be out on Sankranti 2019. Dil Raju produces this film. Watch out this space for more updates on this project.