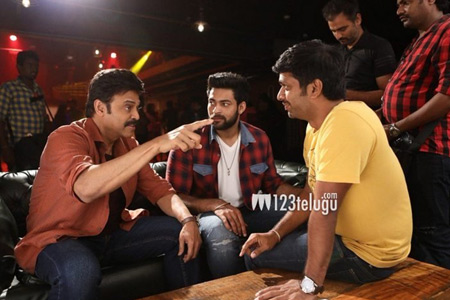 Fun & Frustration (F2) is one of the most eagerly awaited movies which will be releasing for Sankranthi early next year. The film is hitting screens on January 12. Expectations are quite high on this crazy project at it’s a multi-starrer which features Venkatesh, Varun Tej, Tamannaah and Mehreen Pirzada as the main leads.

According to the latest updates, F2 team, including all the four lead actors, left for the picturesque European country of Czech Republic. The unit will be canning a couple of songs and an action sequence in a two week-long schedule in one of the most beautiful European cities, Prague.

Comedy entertainers specialist Anil Ravipudi is directing F2 and star producer Dil Raju is bankrolling it. Devi Sri Prasad is composing the music for the movie.