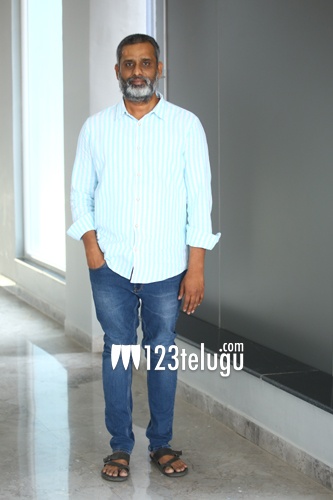 Tollywood’s next big multi-starrer movie F3, starring Venkatesh, Varun Tej, Tamannaah Bhatia and Mehreen Pirzada, is all set for a grand release on May 27, 2022, in theaters worldwide. Ahead of that, the film’s editor Bikkina Thammiraju interacted with the Telugu media today.

During the meet, Thammiraju, who worked for more than 30 movies, said that F3 will be more hilarious than F2. While F2 is about post-marriage problems, F3 deals with people’s relationship with money in a funny way. He said that director Anil Ravipudi wrote wonderful dialogues about money in the flick.

It’s hard to work for a comedy film like F3 because it’s tough to remove some good dialogues and scenes that will make audiences laugh, noted the editor. Talking about the relationship with Anil Ravipududi, the renowned technician said that he has had a positive bonding with Anil since Pataas.

Speaking about leakages, Thammiraju said that the people who got the footage should take care of it and they must have self-control and consciousness to not leak any media. Besides, he said that he has great bonding with his fellow editors.

When it comes to pan-Indian projects, directors want an editor who has command of all languages, said Thammiraju. He also expressed his happiness for getting credit from SS Rajamouli for his work in Baahubali 2. “The franchise of F2 will continue. The fun ride is at the next level in F3 and it will be a super hit movie for sure. The audience will enjoy it more than F2,” stated the popular editor.