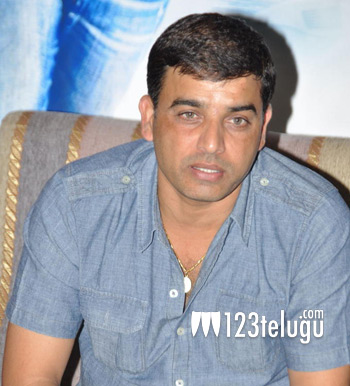 NTR’s ‘Ramayya Vasthavayya’ was released last week with very high expectations.But the movie has received a mixed reception at the Box Office.  Despite this mixed response, RV has managed to pull in a revenue of about 20 Crores in the opening weekend.

Dil Raju interacted with media members at a special press meet, where he tried to explain the reasons for the divide talk.“People expected another pure family entertainer from our Banner. The title of the movie ‘Ramayya Vasthavayya’ has further added to the expectations. However with fights and violence in the second half, people got disconnected with the subject and that led to the divide talk. Slowly the movie is getting good appreciation and by this weekend, we will break-even. So the movie will be a commercially successful one”.

Samantha is the heroine and Shruthi has played a pivotal role in this movie. SS Thaman has composed the music for the film and Harish Shankar has directed the flick.