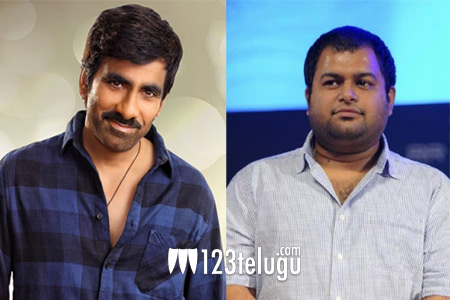 Fans of hero Ravi Teja and music composer Thaman are eagerly awaiting the audio album of their upcoming film, Amar Akbar Anthony. The film is extra special for fans as it is the actor-music composer duo’s 9th collaboration.

In 2009, Thaman got his major breakthrough in Tollywood with Ravi Teja’s blockbuster, Kick. Since then, he went on to score several hit songs for the Mass Maharaja in movies like Anjaneyulu, Mirapakay, Veera, Nippu, Balupu, Power and Kick 2.

Meanwhile, Amar Akbar Anthony’s month-long US schedule has been wrapped up and the unit has landed in Hyderabad yesterday. Sreenu Vaitla is directing the movie and Ileana is playing the female lead in it. Mythri Movie Makers banner is producing this high budget entertainer.