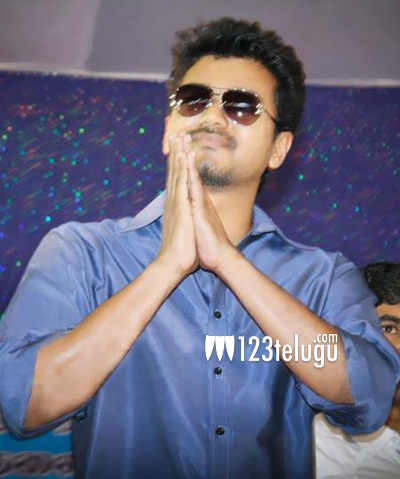 There is a very close link between politics and movies in south India and Telugu people are already familiar with this. NTR was the most successful of all with his Telugu Desam Party. Chiranjeevi tasted average success and many other actors ended up as MP’s or MLA’s.

The scene is the same in Tamil Nadu. Now one young actor seems to be keen on forming a political party of his own in Tamil Nadu, to cash in on his craze and popularity and that is actor Vijay. However, his very own father is cautioning Vijay against it.

Apparently, Vijay wants to launch a new political party in January and have a tie up with the BJP. However, Vijay’s dad has asked him to continue in movies until the age of 50 at least. Coming into politics now is like suicide, is what he said to Vijay.