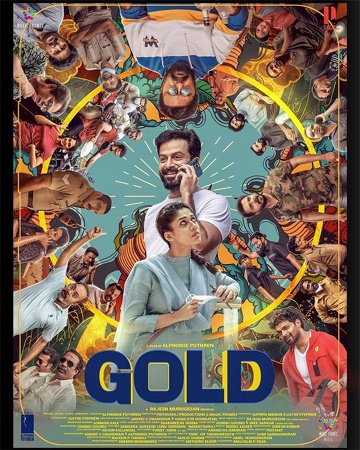 After 7 years of gap, Malayalam director Alphonse Puthren, well known for the blockbuster movie Premam, has wielded the megaphone for a biggie. Titled Gold, the movie has Prithviraj Sukumaran and Nayanthara as the lead pair.

Today, the makers of the movie released the first look poster of the movie. The poster is filled with all the characters from the film. The recently released teaser got a tremendous response from the audience.