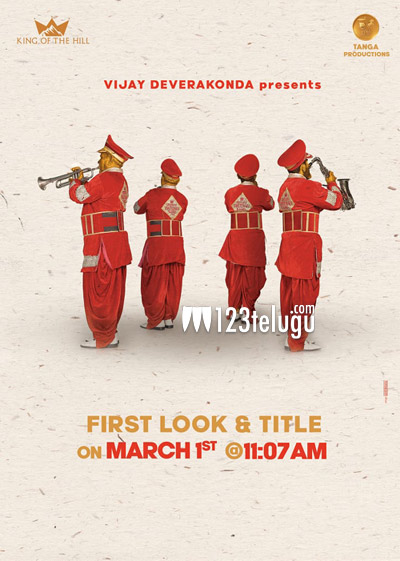 After earning accolades for his recently released slice of life drama, Middle-class Melodies, young hero Anand Deverakonda is currently acting in a film which is being presented by his brother Vijay Deverakonda. Young actress Saanve Megghana, who was recently seen in the Netflix Telugu anthology film, Pitta Kathalu, and Geeth Saini are the female leads in the movie.

According to the latest updates, the film’s title and first look poster will be released tomorrow (March 1) at 11:07 AM. Damodara is making his directorial debut with this film which is touted as a comedy thriller. Vijay’s production house King of the Hill is producing the movie in association with Tanga Productions banner.