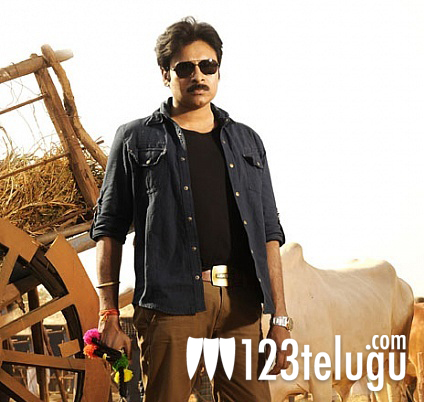 Power Star Pawan Kalyan’s mass masala entertainer ‘Gabbar Singh’ will hit the screens on May 9th. The movie is currently in final stages of shooting and climax fight will begin from March 9th onwards. Gabbar Singh is being directed by Harish Shankar and the movie has Pawan Kalyan and Shruti Haasan in the lead roles. Ganesh Babu is producing this film on Parameshwara Arts banner.

Gabbar Singh is the remake of the Bollywood blockbuster ‘Dabangg’ and the movie is riding high on huge expectations. Pawan Kalyan will be seen in a full length mass role after a long time and fans are eagerly waiting for the film’s release. Pawan fans, May 9th is your D day!