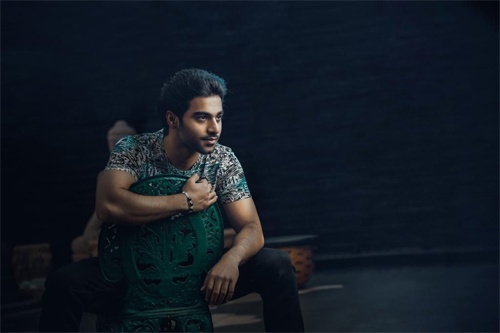 Kireeti is the new entrant in the world of Telugu cinema. He is the son of the noted business tycoon Gali Janardhan Reddy and his debut film was launched yesterday.

Post the shoot, Kireeti spoke to a private TV channel and revealed that he is an ardent fan of NTR and his dances. Kireeti says that he has been following NTR closely and is a huge fan of his acting.

Rajamouli attend the event which was held in Bangalore yesterday. The film’s regular shoot also started and a small teaser shows Kireeti doing some solid dance steps. Seeing his moves, we can understand where they came from.