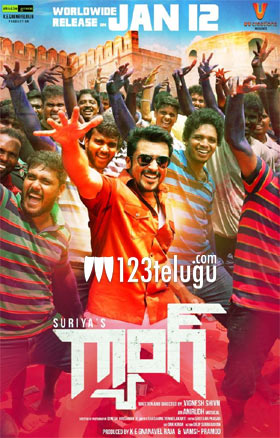 Now that the release date of Suriya’s Gang is nearing soon, the makers are promoting the film at a brisk pace. The latest we hear is that the audio will be a good asset to the film and all the songs will nicely take the film’s narrative ahead.

Suriya will be seen in a unique role in this film which has yesteryear star actress Ramy Krishna in yet another key role. Vignesh Shivan directs this film which is also releasing in Tamil in a huge manner.

There is a lot of pressure on Suriya to score a hit and the initial talk that has come out reveals that the film has come out quite well.