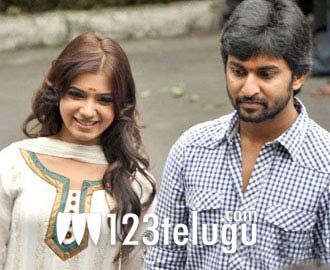 After S S Rajamouli’s Eega, Nani and Samantha will soon be seen in a Gautham Menon’s film. It’s a trilingual film and it’s being simultaneously made in Tamil, Telugu and Hindi. Nani and Samantha are playing the lead in the Telugu version and Jiiva is reprising Nani’s role in the Tamil version. So far, only the Tamil version’s title was confirmed and now Gautham Menon has announced that the Telugu version has been titled as ‘Yeto Velli Poyyindhi Manasu’. The title is inspired from an extremely popular song in Ninne Pelladutha. Ilayaraja is composing the music for Yeto Velli Poyyindhi Manasu. The film will hit the screens in summer this year.