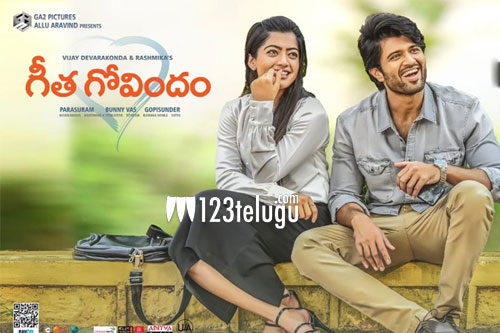 Even though Vijay Devarakonda’s Geetha Govindam is nearing the end of its run, it is still playing in a select few theaters in both the Telugu states. The film has minted some solid money for all the distributors concerned.

The romantic comedy has crossed the 20 crores and 4 crore mark in the Nizam and Krishna regions respectively. The film made solid money of 4.7 crores in Karnataka and over 7 crores in the ceded region.

What’s more interesting is that the film made close to 1.6 crores in Tamil Nadu and collected over 7 crores in the Godavari region. Parasuram directed the film which had Rashmika as the female lead.