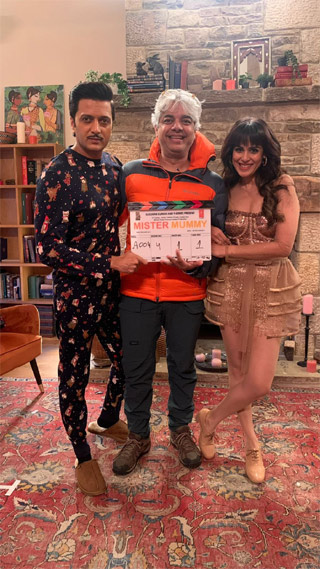 Post her wedding to Ritesh Deshmukh, Genelia had stopped working in films and started doing reality shows. She was quite active on social media along with her fun videos along with her husband.

She is making a comeback to Telugu with her new film which will have Gali Janardhan Reddy’s son as the hero. Apart from that, Genelia had signed one more Hindi film along with her husband Ritesh.

The latest update now is that Genelia started working on her new Hindi film titled Mister Mummy. The filming began in London today with a fun and romantic scene. Shaad Ali is directing this film.