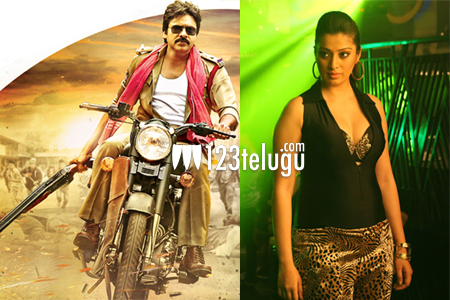 Raai Lakshmi is well known among Telugu audiences for the superhit Kanchana series, Balakrishna’s Adhinayakudu and Ajith’s Gambler etc. Sardaar Gabbar Singh features two heroines and Kajal Aggarwal plays the female lead. However, it is still unclear whether Raai Lakshmi has been roped in for the second female lead or if she will only play a special cameo.

Keep watching this space for more interesting updates about this film.