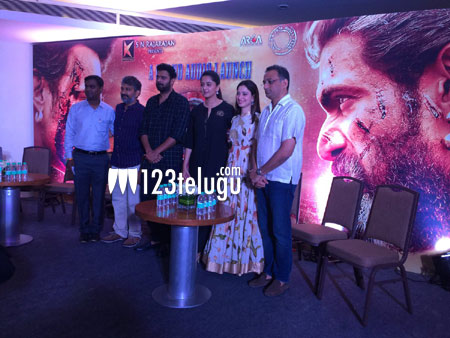 After unveiling the album in Telugu and Hindi, the Baahubali 2 team has landed in Chennai today for the film’s audio launch. The Tamil version of the film is going to have a massive release, along with the Telugu and Hindi versions, and the makers are promoting the film aggressively in all the states, including Tamil Nadu and Kerala.

Earlier today, the cast of the film, along with Rajamouli and Shobu Yarlagadda, interacted with the press in Chennai and answered several questions about the making of the film. “Emotions and characters are what drive the story. The craft alone can’t be a substitute,” Rajamouli said.

Apart from the cast and crew, several celebrities from Tamil film industry are expected to grace the event. The film is slated for release on April 28.