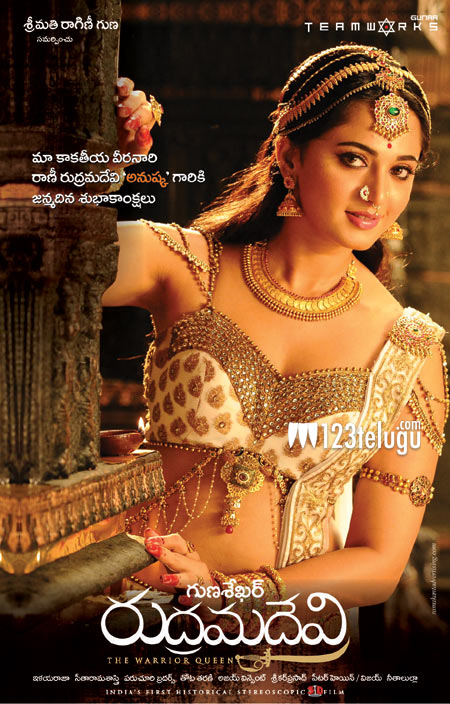 Talented director ​Gunesekhar​,​ who gave us ​super ​hits like Okkadu, Arjun and Choodalani ​U​ndi ​is pretty determined to get back to his best​ with his latest flick Rudramadevi​. The film has completed it shooting and is busy in its pot production formalities. According to the latest update, the makers are planning to release the film during Sankranthi 2015.

Initially, the makers had plans to release the film during this year end, but as post production works are taking more time, they have decided to move ahead to January 2015. The special making video which was released recently, is getting a huge response from the audience. Some big names like Allu Arjun​ and Rana Daggubati are also involved in this project which has music by Ilayaraja.