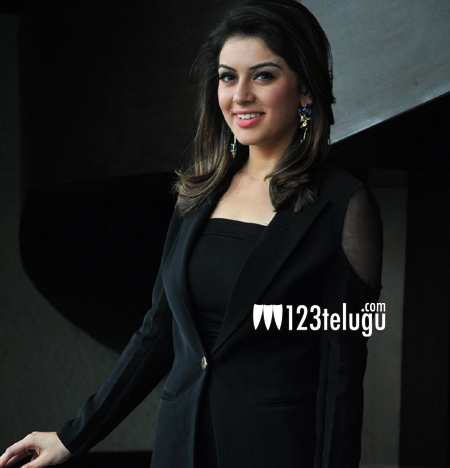 Even though she had made her acting debut down South with Puri Jagannadh’s Desamuduru almost a decade ago, gorgeous Mumbai actress Hansika Motwani made Kollywood her home and continues to act in a handful of Tamil movies.

Starting from tomorrow, Hansika will be shooting for her upcoming Telugu movie under Sampath Nandi’s direction. The film stars Gopichand as the main lead. After wrapping up a major schedule in Bangkok, the unit will kick-start the second schedule in Hyderabad tomorrow.

Apart from this movie, Hansika will also be seen in Vishnu Manchu’s Luckkunnodu.