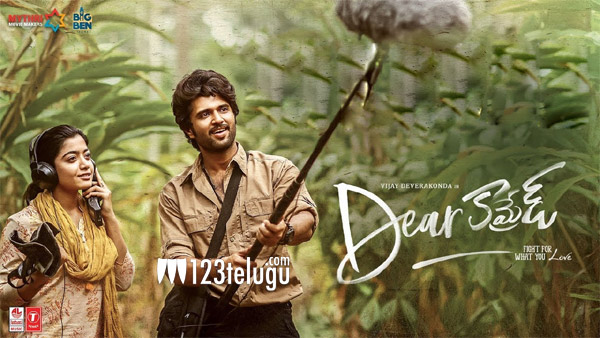 A couple of days ago, hotshot Bollywood filmmaker Karan Johar surprised everyone by announcing that he will be remaking Vijay Deverakonda’s just released romantic drama, Dear Comrade, in Hindi. Although Karan wanted to introduce Vijay in Bollywood through this remake, Vijay politely declined the offer as he didn’t want to reprise himself in a remake.

Naturally, there has been a lot of curiosity about the actors who will play the roles originally donned by Vijay and Rashmika Mandanna. Now, if the latest buzz in Bollywood circles is to be believed, Karan has roped in his Dhadak stars Ishaan Khatter and Janhvi Kapoor for Dear Comrade’s Hindi remake. However, an official announcement is awaited to confirm this speculation.