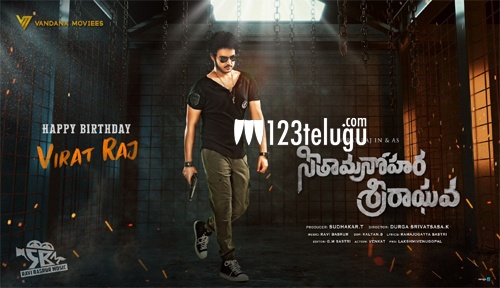 Virat is the son of Venkata Subbaraju who played key roles in hits such as “Kode Naagu”, “Bhakta Tukaram”, and “Riksha Raji”. Virat Raj expressed his happiness on being introduced in “Sita Manohara Sree Raghava,” which is billed to be a wholesome family entertainer.

Talented youngster Durgaa Srivatsasa K is making his debut as the director. The team is glad to announce Ravi Basrur’s name as the music director. Ravi Basrur is the man behind the Pan-Indian rage “KGF-2″ franchise and ‘Salar’.