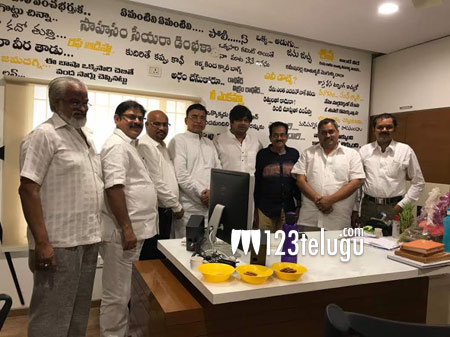 Recently, the Gudilo Badilo song from Allu Arjun’s Duvvada Jagannadham had raked up an unexpected controversy. Several members belonging to the Brahmin community filed a complaint with the CBFC, urging it to delete a few objectionable words in the song.

Harish Shankar, DJ’s director, appealed to the protesting Brahmins saying that he will soon interact with them and sort out the misunderstanding​. Today, the protestors met Harish at his office and the director has reportedly agreed to remove the controversial phrases in the song.

Meanwhile, all eyes are ​on DJ’s trailer, which will be released today at 7:30 pm.