Harish Shankar Reveals Interesting Details About His Films
Published on Jun 28, 2017 3:57 am IST 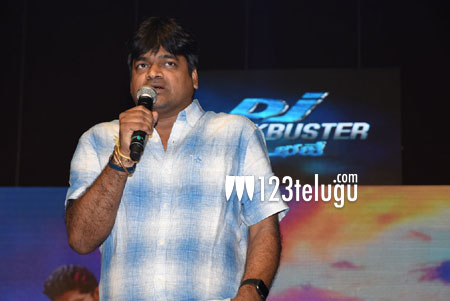 Harish Shankar is flying high, thanks to the success of his recent film Duvvada Jagannadham. The film, starring Allu Arjun and Pooja Hegde, opened to big numbers in its opening weekend and it registered some of the best openings in recent times.

In a recent interview, when Harish Shankar was asked what’s the secret behind his writing is, the director said, “I like to improvise a lot of stuff that I’ve written. So, when actors come for dubbing, I might end up writing something else altogether, depending about what we had shot and how the actors had performed during the shoot. Since I’m constantly improvising until the last moment, at times, there’s no sync between the audio and the visual; however, it doesn’t make a big difference if the scene works in total.”

Well, that’s an interesting way of looking at filmmaking! It remains to be seen what Harish Shankar does next after DJ.