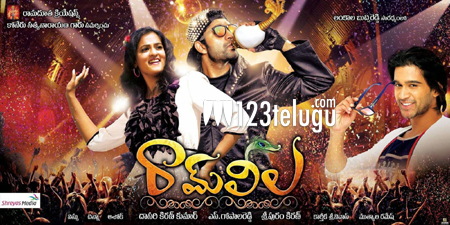 Young actor Havish is back with a romantic entertainer titled Ram Leela and according to the latest update, this film has received a U/A certificate from the censor and is set for a grand release on the 27th.

The trailers have caught on quite well and Havish has impressed with his all round skills. Ramleela is the story of a Telugu man based in the United States, and Havish plays the central character. Directed by debutante Kiran, this film was produced by Dasari Kiran Kumar under Ramadutha Creations banner.