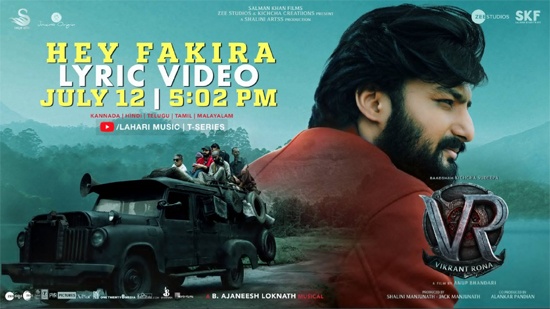 Kichcha Sudeep starrer Vikrant Rona is all geared up for its grand theatrical release on 28th July in multiple languages. The makers have been promoting the film quite aggressively. The trailer and the two songs released so far have received a very good response.

Now the makers announced that the third single titled ‘Hey Fakira’ will be out on July 12th at 5:02 PM. Nirup Bhandari will be seen in an important role as Sanjeev Gambhira in this fantasy adventure drama that has music by B. Ajaneesh Loknath.