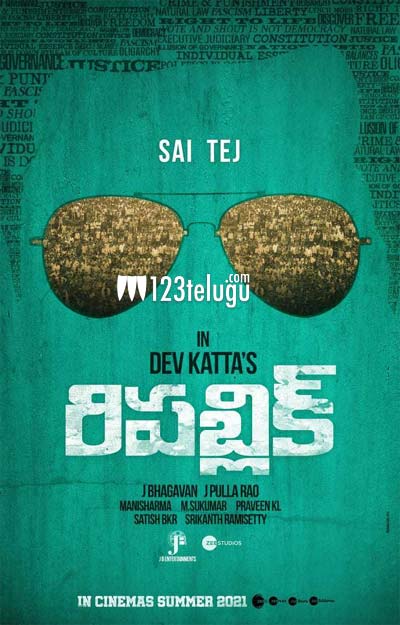 The makers of hero Sai Tej and director Deva Katta’s ongoing socio-political drama have just unveiled the film’s title through a motion poster. And there are no surprises since the film has been titled Republic, as being speculated for the last few months. The powerful dialogue rendered in the motion poster by Sai Tej describing the meaning of democracy, gives a hint that the film is going to be an intense drama.