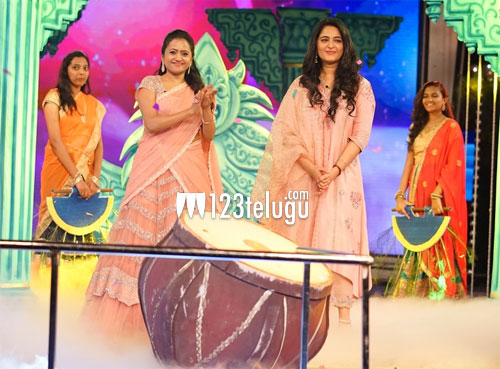 A few days ago, a short video promo of the super hit game show, Cash, went viral on social media. The video showcased star heroine Anushka, who was promoting her upcoming film, Nishabdham, along with her co-stars and director, getting emotional and breaking into tears eventually.

Cash’s latest episode featuring Anushka and Nishabdham’s team was telecast last night. An AV was played during the show and it left Anushka in tears. After a few emotional moments, Anushka revealed that she missed director late Kodi Ramakrishna after seeing the AV. “I wish he was with us for a long time,” said Anushka, as she tried to control her tears. The entire program was a huge hit with the audience last night and offered non-stop entertainment throughout.