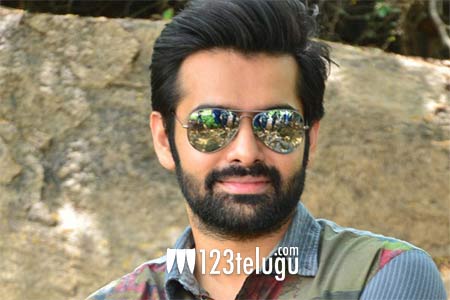 Yet another Tollywood hero is all set for playback singing debut. This time, it’s young hero Ram’s turn to test his vocal skills. Ram has reportedly crooned a song in his upcoming romantic entertainer, Hello Guru Prema Kosame.

Apparently, it was HGPK’s music composer Devi Sri Prasad’s idea to make Ram sing a song. Although Ram wasn’t sure about turning singer initially, he finally gave his nod after DSP convinced him. The song has been recorded already, and reports say that it has come out quite well.

Hello Guru Prema Kosame is slated for release on October 18. Dil Raju is producing the movie and Trinadh Rao Nakkina is directing it. Anupama Parameswaran is the films leading lady, while Pranitha Subhash and Prakash Raj play important roles in the movie.