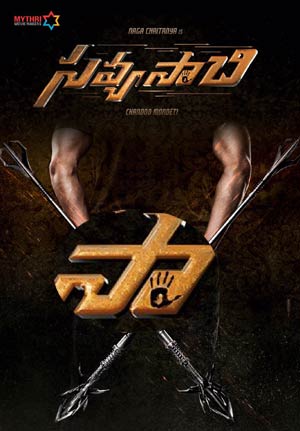 The title of Naga Chaitanya’s next with Chandoo Mondeti evoked a good amount of curiosity all over. The makers named the film Savyasachi and this became the talking point all over.

But many might not have noticed the logo clearly. If you closely observe the Telugu letter ‘Sa’ in the logo a baby is imprinted on the palm of a man. This is quite interesting and clearly reveals that the film will be have something to do with a small baby.

Chandoo Mondeti is always known to make some very interesting films and reports suggest that Savyasachi will be yet another interesting film from the creative director. Mytri Movie Makers produce this film whose shoot will start soon.