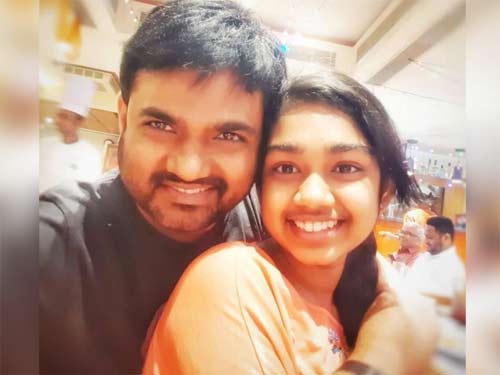 Director Maruthi is a proud father and the reason is his daughter Hiya’s latest achievement. One of the photographs clicked by Hiya was liked by acclaimed Hollywood cinematographer Dan Laustsen on Instagram.

Dan is the man behind the spellbinding visuals in popular Hollywood films such as The Shape of Water, The League of Extraordinary Gentlemen and the John Wick series. Hiya clicked the picture on her mobile phone with cellphone light.

She captured the photo with cell phone light. Proud of my child ❤️https://t.co/HZdMNzMeK9 pic.twitter.com/OFoOUsXzeF