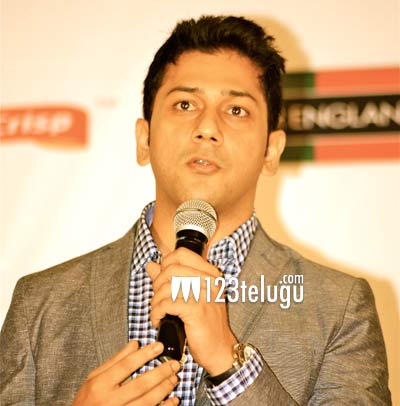 Baahubali has not only shown the potential of telugu movies but also explored many avenues in transmedia like games, graphic novels and animation. This has resulted in many writers and stories exploring such avenues.

Kiriti Rambhatla, writer and host of the telugu talk show Arambham and creator of the vigilante hacker character TASKARA ( graphic novels , live action feature film ) has recently launched his latest work “THE ENLIGHTENED” at the prestigious Mudra institute of Communications,Ahmedabad famously known as MICA in Ahmedabad. He appeared as the lead actor in Telugu movies Om Shanti and Taskara( which is a graphic novel too).

The Enlightened is a story that revolves around rebirth. It explores the genre of DNA & genetics with a very different plot. The 3 part graphic novel will soon be available through the publisher FenilComics .

Kiriti’s work has appeared across major media platforms like television, movies & comics in the past. Continuing the tradition of launching his work at various educational institutions,MICA was the choice of venue this time. His past launches have happened across India in cities like Delhi, Hyderabad ,Bengaluru and now Ahmedabad . The Enlightened would also be adapted into other forms of media next year. “Work is underway to adapt The Enlightened to other formats in trans media” says the author