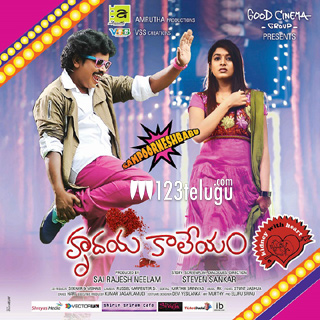 Sampoornesh Babu’s upcoming film Hrudaya Kaleyam is likely to release in April, if all goes well. The film’s post-production has been completed and the makers are now looking for an appropriate date to release the film. Directed by Steven Sankar, the film also stars Kavya and Ishika in lead roles.

As per the latest reports, the film will be ready for release on any given day post March 28 and the exact date of release will be announced soon. Last year, the film made a huge splash, thanks to the posters and the trailer. Moreover, Sampoornesh Babu became a sensation on social media and his fan following grew by leaps and bounds. The film is said to be a complete entertainer and Sampoornesh Babu’s antics are expected to be the major highlight, apart from the dialogues. The film has already been censored and it has been given a clean ‘U’ certificate.

RK has scored the music and Russell Karpenter Sr is the cinematographer. Sai Rajesh has produced the film.