Huge buzz surrounds the grand comeback of Megastar
Published on Sep 28, 2015 8:22 am IST 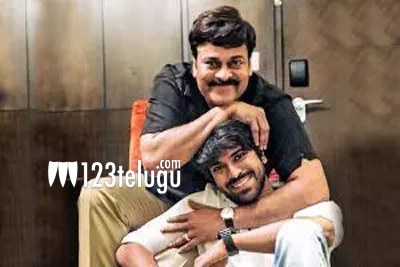 Well indeed, the much awaited day is here. As reported earlier, Megastar Chiranjeevi is ready to commence shooting for his cameo in Ram Charan’s upcoming actioner, Bruce Lee. After a gap of 6 years, Chiranjeevi will be back under the arc lights. He was last seen in a guest appearance in Magadheera (2009). Starting from today, he will take part in the shoot for three continuous days to wrap up his part.

Sreenu Vaitla, the director for Bruce Lee, said Chiranjeevi’s appearance will be a huge treat for the audience. Chiranjeevi will be seen in a brief fight sequence, a couple of important scenes and one song. The shooting will take place in Ramoji Film City. Ram Charan will also be seen alongside Chiranjeevi in these scenes and the song. The film’s shooting will be wrapped up very soon and the audio launch will take place on October 2nd. DVV Danayya is producing the film and Rakul Preet Singh is playing Charan’s love interest.

In the meantime, fans of Megastar already started trending various hash tags in the social media platforms to mark the grand occasion.