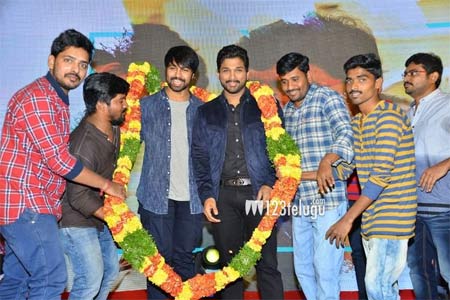 Allu Arjun was all praises for Megastar Chiranjeevi’s son-in-law Kalyaan Dhev’s debut film Vijetha’s success function. “I was a bit unsure about how Kalyaan will perform in emotional scenes. But to my surprise, I only saw Kalyaan’s character and not Kalyaan in certain scenes. He performed really well,” said Allu Arjun.

Allu Arjun also said that he liked Vijetha. “I watched the film before coming to this event, as I cannot talk about a film unless I like it. I quite liked Vijetha. I could connect to all the father-son emotional scenes as I’m quite close to my father,” the Stylish Star said.

Directed by Rakesh Sashii, Vijetha has Murli Sharma and Malavika Nair in crucial roles. The film is produced by Sai Korrapati.