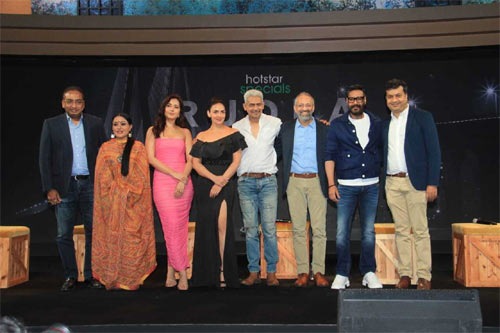 Ajay Devgan is all set to make his OTT debut with the show Rudra. The series is much-awaited and the trailer was released today.

Ajay Devgan is seen as the cop who is investigating a series of murders. Raashi Khanna is playing the lead and not many know that she will be seen in a negative role.

The show was launched today and Ajay Devgan himself revealed that he had to unlearn a lot to perform for a web series. The series will be out on March 4th on Hotstar.