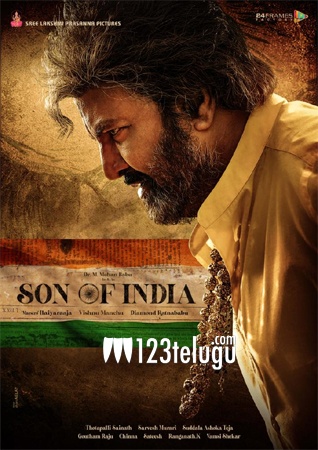 Mohan Babu and Ilayaraja are collaborating with each other after a long time and fans of this combination can expect some memorable music in the movie. Particularly, the remix version of Raghuveera Gadhyam is going to be one of the major attractions.

Son Of India is being directed by Diamond Ratnababu. The film’s first look poster was released recently and it received a good response.