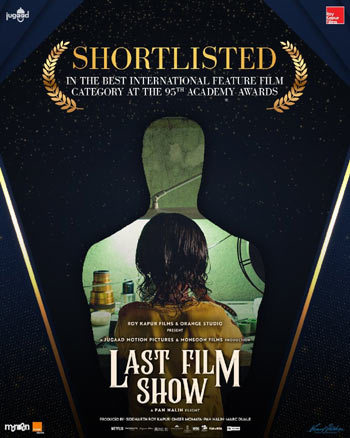 Back in October 2022, the Film Federation of India selected the Gujarati film Chhello Show (Last Film Show) as the country’s official entry in Best International Feature Film for the Oscars.

Today, The Academy of Motion Picture Arts and Sciences revealed the shortlists in 10 categories. Last Film Show is one of 15 international movies which were made it to the nominations, which will be announced on January 24, 2023.

Directed by Pan Nilan, the movie won numerous awards worldwide. Last Film Show has Bhavin Rabari, Bhavesh Shrimali, Richa Meena, Dipen Raval and Paresh Mehta in lead roles. Cyril Morin is the music director of this movie. The winners will be announced at the Dolby Theatre at Ovation Hollywood on March 12, 2023.