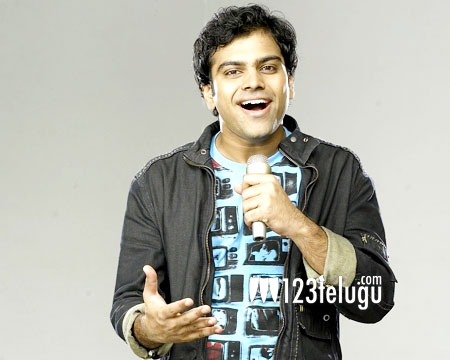 Indian Idol winner Sri Ram Chandra is making every effort to make it big in Tollywood. He has earlier played a pivotal role in ‘Jagadh Guru Adi Sankaracharya’. Now he is acting as a solo lead in a new movie titled ‘Prema Geema Jantha Nayi’. Barbie is making her debut as a heroine.

The audio launch of the movie was initially expected to take place in a grand function to be held at Shilparamam. However, due to the present uncertain conditions in the state, the production unit has decided to postpone the audio launch and a new date will be announced shortly. The shoot of the movie has been completed and post production activities are going on in full swing.

ManiSharma has composed the music of this film and Subbu RV is wielding the megaphone for the first time. Maddhala Bhaskar and Bala Bhaskar are jointly producing this film on Subham creations.